If you think just popping calcium supplements can give you stronger bones and teeth, you need to rethink. For having perfect bone health and density involves more than taking a single mineral supplement. An important additional component for bone density and heart health is Vitamin K2.

So for this blog post, I accepted sample of a vitamin K2 supplement as MK-7 by Zenith Nutrition brand. The supplement contains the patented MK-7(Menaquin Gold) as a superior bio-active form of vitamin K2. 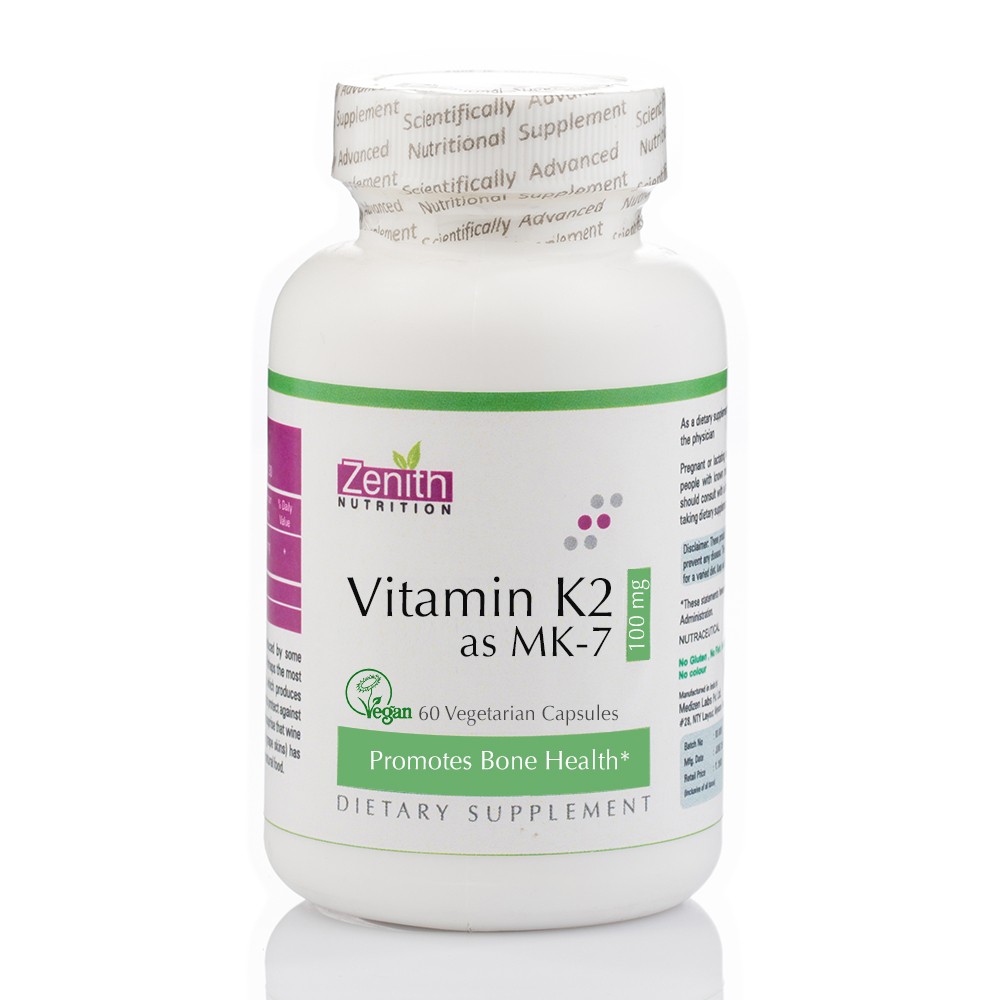 As per the product description, Zenith Nutrition Vitamin K2 as MK-7 “helps in improving carboxylation of osteacalcin which is responsible for proper utilization of calcium in to the bones. Vitamin K2 MK-7 also has its beneficial effects on heart health, nervous system and maintaining sugar balance”.

Like most people, I had only vague knowledge about vitamin K and thought it plays a role only in blood clotting and coagulation. So intrigued with the new vitamin K2 supplement, I set out to learn more about this vitamin and its role in heart and bone health.

And girls, here’s what I found:

Importance of Vitamin K2 for heart health and bone density

“Vitamin K2 is every bit as important as vitamin D” for heart health and bone density and sadly only a few physicians realize its significance states Dr. Goodman, chairman of the Department of Integrative Medicine at the New York University (NYU), who has also authored the book, Vitamin K2: The Missing Nutrient for Heart and Bone Health.

According to latest research, low levels of vitamin K2 have been found to be associated with decreased bone density and increased risk of heart disease and atherosclerosis. It is vitamin K2 that regulates the absorption and function of calcium in the body.

You’ll be surprised to know that people who have low bone density are more likely to possess an excess calcium build-up in their arteries and vice-versa. So where low calcium levels in the bones lead to osteoporosis, increased calcium in arteries can put you at risk for coronary artery disease.

Even though Vitamin K has been around for decades, its nutritional references have often been eclipsed by only minimal amounts required for healthy blood clotting thereby overlooking the required amounts needed to maintain strong bones and arteries.

Now vitamin K is classified into vitamin K1 and vitamin K2. Where K1 is found mainly in green vegetables and grass-fed dairy products, K2 is produced from K1 by the action of bacteria and is also present in some animal products.

Vitamin K2 from animal sources is known as MK-4 while Vitamin K2 produced by bacterial fermentation is known as MK-7. The problem with vitamin K2 deficiency is that even if you eat plenty of grass-fed dairy products, getting sufficient amounts of this vitamin in your system is difficult.

No wonder, vitamin K2 deficiency is one of the most common yet most invisible of all nutritional deficiencies. And one of the best ways to fill the gap and ensure you get adequate vitamin K2 is by taking a daily dietary supplement.

Since vitamin K2 has no known toxicity, adding a daily supplement to your diet would cause no harm or side-effects but would only benefit your body and health.

So what’s the best vitamin K2 supplement to take?

With market flooded with several high quality supplements claiming to provide adequate levels of Vitamin K for our daily health, confusion is likely to arise as which one to pick and which one to miss. There are also products that contain either incorrect amounts of vitamin K or the inefficient form of vitamin K.

The two Vitamin K2 types available in supplement form are “menaquinone-4 (MK-4) and menaquinone-7 (MK-7). MK-4 has a very short biological half-life—about one hour—making it a poor candidate as a dietary supplement. MK-7 stays in your body longer; its half-life is three days, meaning you have a much better chance of building up a consistent blood level, compared to MK-4.” 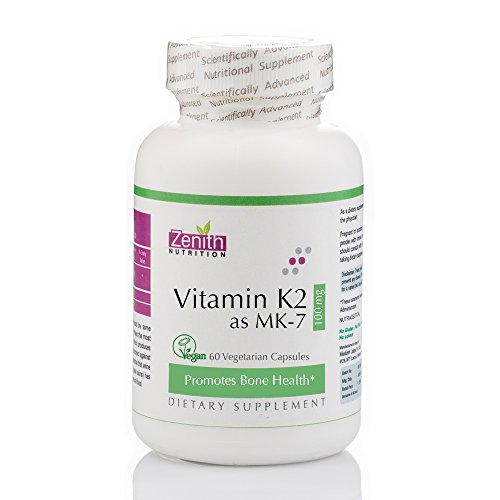 Since, Zenith nutrition vitamin K2 as MK-7 comes from the fermentation process of natural food products unlike MK-4 products that are mainly synthetic; it comes out fair on its claims for providing you with the most potent and typically most effective forms of Vitamin K.

The supplement contains 100 mcg of Vitamin K2 in its active form. Some studies have shown as little as 50 mcg of Vitamin K2 as MK-7 per day to be sufficient for health. However, most scientists agree on dosages between 50 mcg and 1000 mcg as clinically useful.

So if you or someone in your family suffers from low bone density, heart disease, and diabetes, I highly recommend taking Zenith Nutrition Vitamin K2 as MK-7 supplements for optimum health and wellness.

Disclaimer: These products are not intended to diagnose, treat, cure or prevent any disease. Always consult with your professional healthcare provider before changing any medication. Pregnant or lactating women shouldn’t take it. 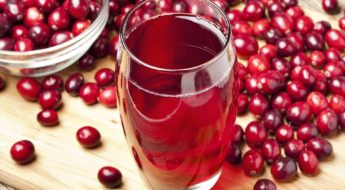 Winter Health Special: How to Prevent and Treat UTIs 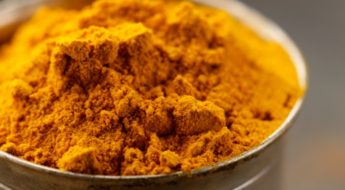 « Previous post
Trending: Are Pearls the New Diamonds in Jewellery?
Next post »
7 New Exciting and Fun Ways to Lose Weight