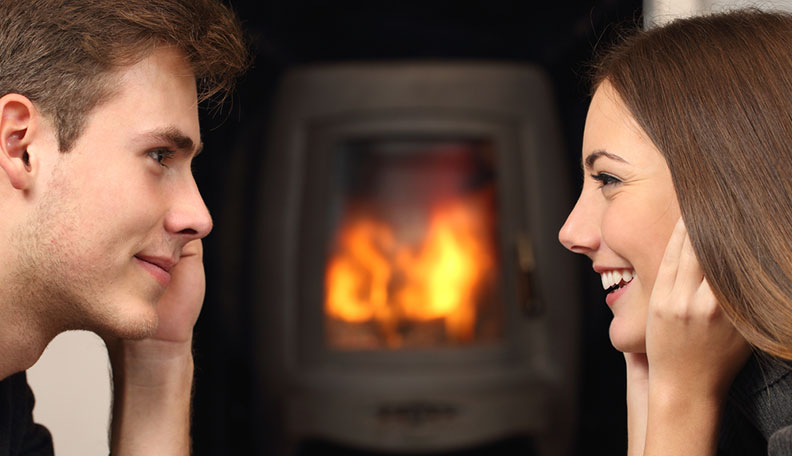 What does a freshman feel as his first year at college begins? He doesn’t yet know what it means to be a student and bear responsibility for his actions. But a student always has someone, who has been through the student years, knows the main mistakes, and tells what to do.

And what happens when a young couple begins to build the first relationship in their lives? Many different scenarios and choices lie before them. But do they realize the responsibility of the choices they make? No.

At best, couples perceive their union as an experiment. They don’t yet understand that a relationship is a game they need to learn to play, but they don’t have anyone, who could give advice. Parents hardly understand what’s happening to their own relationship, not to mention peers. Therefore, unlike students, young couples remain naïve freshmen for many years.

So, is it possible to let things go on their own and allow the relationship to develop spontaneously, or a healthy, long-term union requires conscious efforts? Do we really need to spend years learning how to love?

Luckily, the answer is no. All it takes is a conscious study and continuous effort by both partners. Here are some insights and secrets into building long lasting happy relationships to help you sail through the rough tides calmly and smoothly:

Male and female views on relationships

One of the main men’s problems is that they often choose partners, who resemble their mothers. They’re looking for women able to give them the feeling of security and appeasement they experienced surrounded with maternal care. So an average man want’s his spouse be an improved version of his mom. Usually, the only major difference is that the partner provides sexual satisfaction.

As a result, a relationship develops according to one common pattern – a man becomes subordinate to his partner. This typically happens during the first stages of the relationship. Later, the couple faces another problem – a man loses his sexual interest in his partner.

Not knowing any other behavioral patterns for dealing with women, a man unconsciously entrusts his loved one with maternal functions, shifting responsibility to her. In the end, the man gets exactly what he wanted. The woman assumes the role of leader and takes control of her partner. After that, their relationship falls apart.

A woman wants to own her man – his will, body, and desires – until death does them part. Such a utilitarian approach to men isn’t actively promoted, but it’s no longer a secret, as well. In addition, society prepares men for serving women, encouraging chivalry.

Sooner or later, this leads a woman to become an unofficial leader in a couple. A man looks for a mother in her and gives her power over him, and a woman becomes a guide for his partner, pursuing her fantasies about a happy family. But this can’t last long. Soon, a couple faces quarrels and misunderstandings. And since both don’t realize what’s happening to them, they think they just chose the wrong person. They just found someone else via some dating app and stumble upon the same problems.

The only way to break the vicious circle is to start analyzing your failures. It’s hard for us to learn something new until we make a mistake.

Relationships are one of the most important aspects of our lives, but few people actually realize that being in a relationship is an art that needs to be mastered. It would be much easier if our first relationship failure was enough to acknowledge our mistakes and learn how to correct them, but it’s not the case, usually.

Women don’t know and don’t understand men, but they want men to understand them and believe that this will be enough for a happy relationship. Men are no better – they just don’t understand women, allowing them to manipulate themselves just to snatch a piece of that warmth their mothers used to give them. And as long as people build relationships for pleasure, nothing will change. A happy union requires a lot of work.

A man needs to learn to see his partner as his equal and not as the embodiment of his mother. If a woman is wise enough to help her man grow up, she’ll get the relationship she never dreamed of. But it doesn’t happen in a week. Such changes require years of continuous analysis of a relationship and work on mistakes. And that’s why we need to study all our lives to achieve happiness in a relationship.