The Best Option for Heroin Detox

When we think of mental disorders, we often think of ones like anxiety or clinical depression. And with a good enough reason! These are the most prevalent psychological illnesses among the general population all over the world.

Unfortunately, with the harsh lockdowns, most of the globe has been under in the past year because of the ongoing pandemic, the number of people suffering from them keeps rising. Indeed, scientists warn that after the current pandemic is over, we could face an epidemic of mental health issues. To learn more about it, visit this link: https://www.nature.com/articles/d41586-021-00175-z

But these are not the only mental disorders manifesting in people during these increasingly challenging times. Substance abuse is also on the rise, with alarming numbers of individuals now fulfilling the requirements for an addiction.

Although terrible, this is in some ways very understandable. After all, being forced to sit in the house for days on end without socializing with friends and family out of fear you might harm their health can take a significant toll on a person. This isolated environment is certainly not helped by a growing unstable world situation that many try to ignore by numbing their anxiety with mind-altering substances.

Additionally, there are plenty of those who have struggled with addiction in their past, for whom quarantine and isolation can be especially dangerous. Namely, former addicts depend a lot on their social support systems to maintain healthy everyday lives. Having that safety net taken away can quickly push them into following their old harmful habits.

Addiction can take many forms, and it is not easily recognizable in all people. Of course, this depends for the most part on the substance that is being abused. For many of us, a glass of wine with dinner would not be a sign of an addiction, but a bottle of it every day certainly indicates that something might be wrong.

Moreover, stimulant drugs have the opposite effect, making the person seem more alert and active, something often perceived as a positive thing. Then, when the consequences start showing, it could be way too late.

However, one of the worst substances to abuse is heroin. This dangerous drug is derived from morphine, a medicine grade opiate usually given to people who have suffered terrible accidents, undergo extensive surgery, or are enduring cancer treatment. Read more about it here.

Sadly, while plenty of folks benefit from morphine while in treatment, it can get very addictive. Thus, when they are released from medical care and no longer prescribed this opiate, they still end up craving it. Considering that they can’t obtain it, they resort to more affordable and available options such as heroin.

This is why you might have heard that there is an opioid crisis going on in the United States. Due to the overprescribing of painkillers, many people get used to pain relief and rely on them to function in their everyday lives. When the prescriptions stop, they have no other choice but to seek their relief elsewhere.

It might not seem realistic, but unfortunately, this situation is the reality for many people. Some sources cite figures as high as one million reported heroin users in the United States, and those are only the people who were brave enough to admit it and ask for help.

Nevertheless, we can’t blame those who did not admit it either. It is painful to acknowledge our weaknesses and even more painful to seek help when we feel like we do not deserve it. That is not even mentioning the extreme stigma these individuals face from society because of their addiction.

Luckily, some generous folks are always willing to help. For many clinics such as Taylorrecovery heroin treatment is their speciality. Patients can find protection and a safe environment to beat their addiction with the support and care of professionals specialized in it.

We hope this article has shined light on the tough circumstances people, with addiction issues face. They deserve all of our understanding and compassion as they battle this mental illness just like everyone else. It is only through our support and their perseverance that the battle will be won. 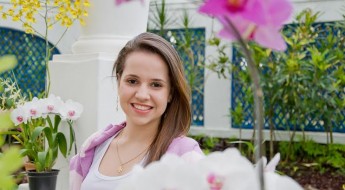 How to Spring Clean Your Body Inside Out 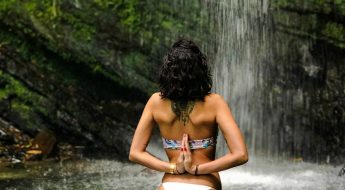 How to Have Lasting Energy All Day, Every Day