How Blue Light Therapy Can Help You Get Rid of Acne? 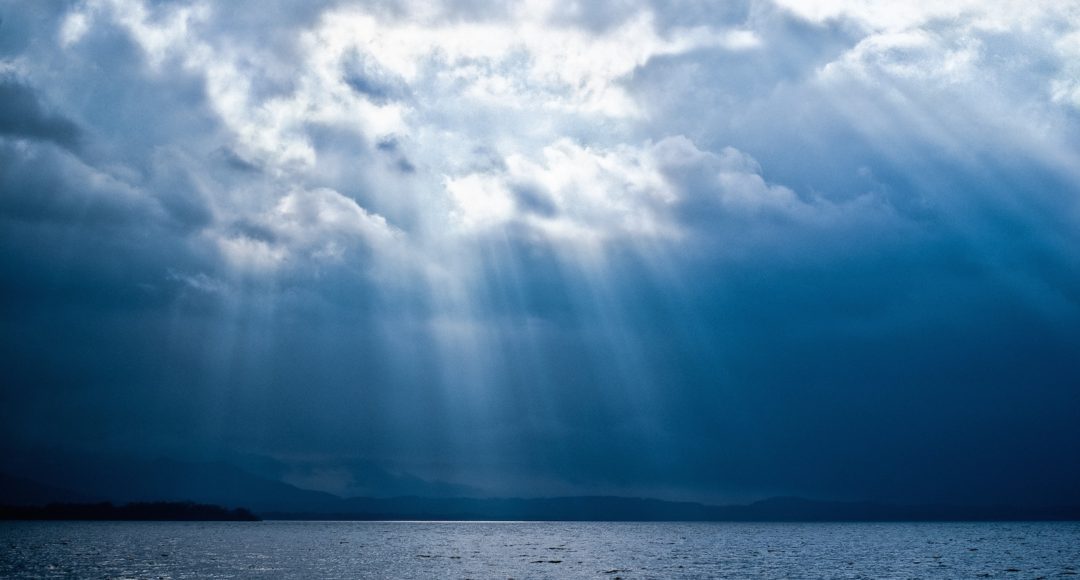 Traditional acne treatments have typically revolved around either taking a pill – usually an antibiotic or a hormone-altering drug – or applying a topical medication to the affected area. In recent years, however, an altogether different treatment has begun to gain popularity with doctors and patients alike: blue light therapy.

Part of blue light therapy’s appeal is that it doesn’t involve taking a pill (some of which can have side effects) or using a cream that can irritate or dry the skin. Some people turn to blue light therapy because they have had inadequate results from more traditional therapies. The best treatment for acne is bound to be different in every case.

So what is blue light therapy, how does it work, and how can it work for you? Read on to know more.

Blue light therapy works by killing the bacteria (P. acne) that causes breakouts. These bacteria like to live in low-oxygen environments, which is why they thrive inside your pores, especially when they become plugged with dead skin cells and sebum, the oil produced by your sebaceous glands. When this bacteria proliferates too much, the area becomes inflamed and you get a pimple.

Blue light penetrates the top layer of skin to kill P. acne bacteria. Some results (though usually moderate) are sometimes observed immediately after treatment, because once the bacteria are dead, the immune system stops attacking them, reducing inflammation. This can lead to a noticeable reduction in redness.

Sometimes red light is used in conjunction with blue light therapy, because red light penetrates deeper into the skin and is also very effective at reducing inflammation. Red light in the right dose and intensity can actually shrink the sebaceous gland, leading to reduced production of pore-clogging sebum.

Who is Blue Light Therapy Appropriate For?

Blue light therapy seems to work best for people with mild-to-moderate acne. If you have severe acne, the problem often lies too deep in the skin for blue light to make a meaningful difference, such as with cystic acne. It also does not affect smaller, non-inflamed whiteheads and blackheads. Blue light therapy is often performed in conjunction with other treatments when possible.

Where and How to get Blue Light Therapy? 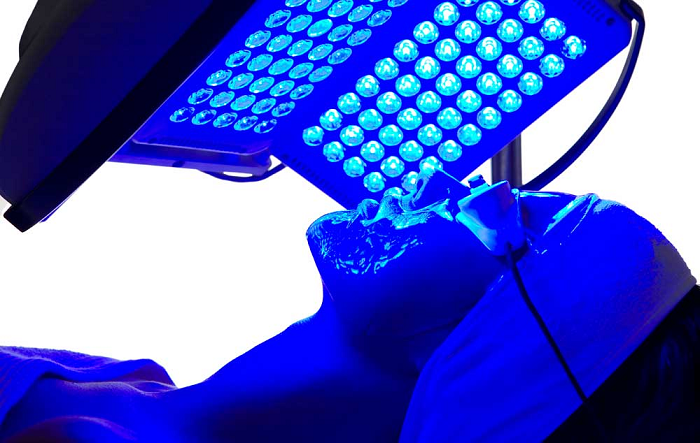 Blue light therapy can be administered in a dermatologist’s office or at home with one of several handheld blue light devices that have been approved by the FDA. There are benefits to each treatment option as well as drawbacks, so you want to consider all the factors before you decide on which one is for you.

The blue light therapy that is administered in-office is much more intense than home treatment, so it doesn’t have to be performed as often to achieve optimal results. Typically, in-office sessions are done anywhere from once every two weeks to twice a week, depending on your provider. These sessions are relatively brief, with the patient receiving light treatment for 20 to 30 minutes per session. In some cases, a photo-sensitizing topical cream is used, which reduces the time exposed to the light source, and which many dermatologists believe improves the effectiveness of the treatment.

The biggest downside of in-office treatment is the cost. In-office treatments often run $50-$100 per session, so at once or twice a week for several weeks at a time, the costs can add up quickly.

Convenience and cost are the biggest advantages of home treatment. Most handheld devices are under $200, and there are a few that even ring in at less than $50. Because the intensity of light these produce is far less than what you would get from in-office treatment, however, they must be used everyday. Again, treatments are brief, usually lasting less than 20 minutes.

If you have received sub-optimal results from traditional treatments for your mild-to-moderate acne, or would like some relief from the drying and irritation that can sometimes result from certain topical medications, then blue light therapy may warrant a try, either as a stand-alone treatment or as a supplement to your current routine.

Is There Any Right Diet to Prevent Acne?

How to Get Scar-free Skin with Right Acne Treatment

« Previous post
Aussie Beauty Secrets that You Need to Know
Next post »
So Delhi Confluence 2017: Inside Story & More