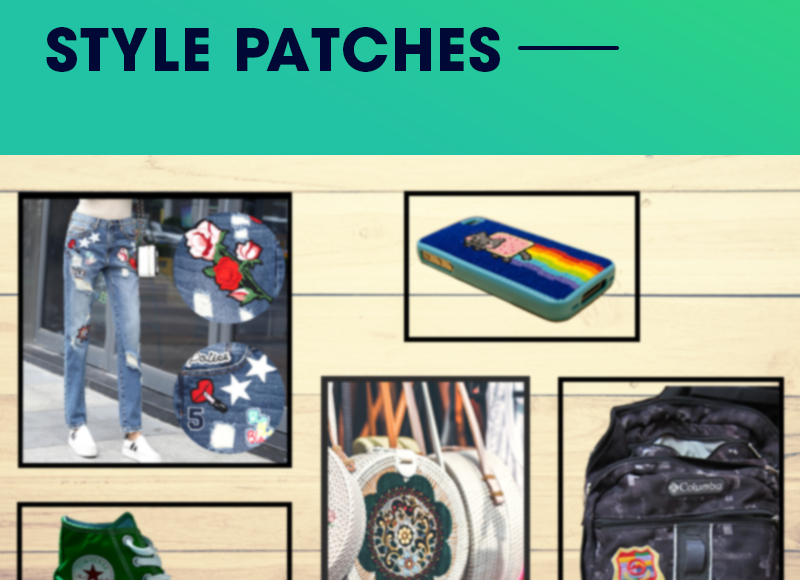 A patch is piece of cloth that is embroidered or applied to clothes, or even pinned or sewn to different kinds of fabric. With the introduction of modern methods including velcro, iron-on techniques and adhesives, one can witness better patches on clothes too. Automatic machines have now transformed several artworks into mass production.

Embroidered patches were invented years ago, and worked sporadically as an identification tool for several organizations especially military outfits. Patches are now being used in various government organizations, sports clubs, as an identity marker and an emblem of their collective thoughts.

Military patches are usually full of metaphorical allusions, from colors to images to the motifs and the styles. By way of example, white has stood in to denote peace, gold has been equated to prosperity or generosity, green has indicated flourishing nature and blue has implied loyalty and ambition. Animals and birds such as doves, lions, tigers, and elephants have denoted their inherent qualities as patches on different clothes.

For hundreds of years, personalized embroidered patches were practical in nature especially to conceal holes in uniforms and other clothes. However, that all changed drastically since then.

Since the early ’60s, the youth expressed their protest on the streets against wars, especially the Vietnam War using slogans and emblems. The new counterculture included peace signs, flowers, and patches as symbolic for stopping war and giving life a chance. Most of those people were idealists, inspiring love and empathy. Such movements inspired many others worldwide. The hippie movement that spread the need for morals then became a strong fashion statement as well.

Hippies wore second-hand clothes and used cloth stains with patches that were either printed or embellished, and included several satirical and radical beliefs in its symbolism.

In the’80s, patches signified identity and solidarity. Even the counterculture transformed into a punk movement, that stopped fighting issues with the message of love and followed some extreme measures with spikes and chains. Even the patches followed suit in the symbolism

The spirit of anarchy inspired designers like Viviane Westwood and Jean Paul Gaultier who were famous for introducing “anti-fashion”. Punks sported stains with different rock bands and imbued imagery on customized blazers, denims or leather jackets. Clothes were sewn with cheap materials including dental floss with Patches often carrying a strong message.

Heavy metal in the 1980s brought key elements of metal head fashion in to the fore with black clothing, long hair, and leather coats becoming a tradition. The head bangers’ clothing was inspired by a plethora of rocker and biker subcultures. The patches were instrumental in declaring the wearer’s interests as before.

Patches are now been revived and adapted to different situations, beliefs and cultures. The latest collection of Marc Jacobs or Gucci is testimony to the inspiration and individuality on the streets that even reflect the political and social climates.

Modern patches are applied with iron-on and glue on the back, so even though you would not like to get your hands dirty, it is quite simple to make your clothes truly your own.

You might even get already embroidered clothes but there is absolutely no fun and imagination in that. Patches try to customize clothes and symbols based on your personality, and also there would be nobody wearing the very same clothes too!

How to Wear Patches: 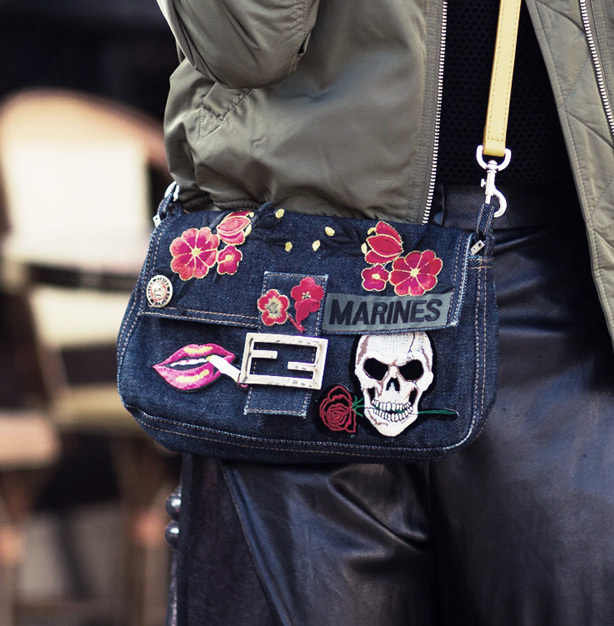 The hand back with embroidery does look elegant and ladylike and gives character to the glamorous silver dress too. The studded flats, shades, and other accessories amplify the look too! 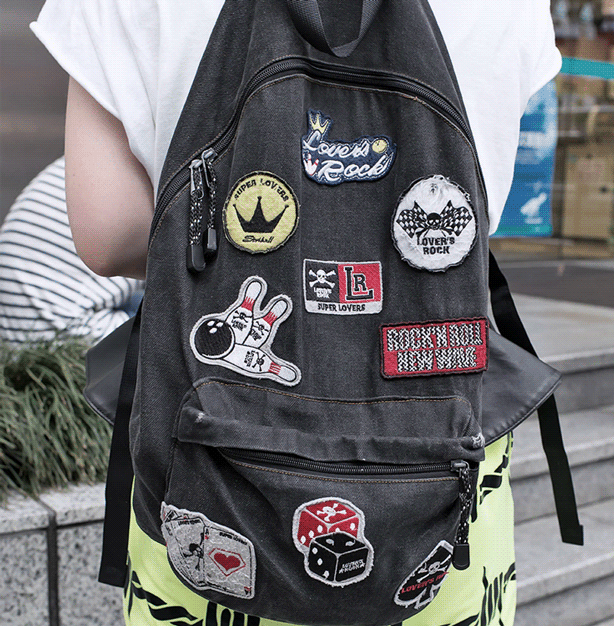 The ‘90s style backpacks are always in trend as one can wear them with a flannel shirt around the waist, with a cool baseball cap, smart nails, and a carefree attitude to boot. 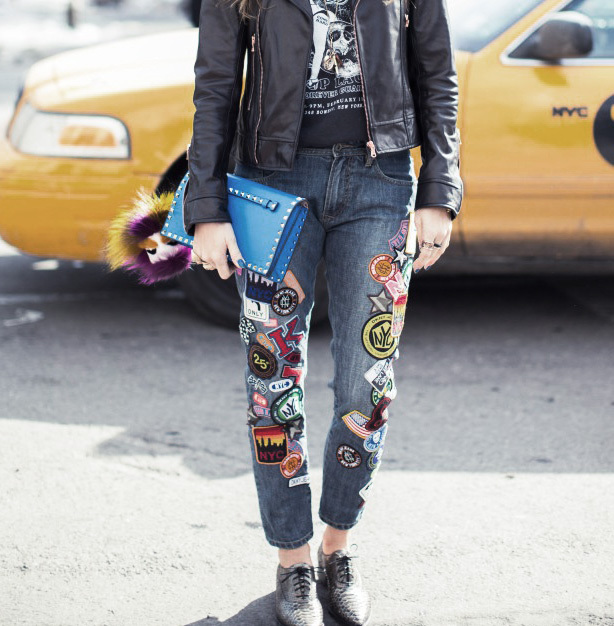 The most common way to wear patches is on the trousers and although they look cluttered, the complement the graphic band tee. Insert a leather jacket, a scarf to get a put-together appearance. 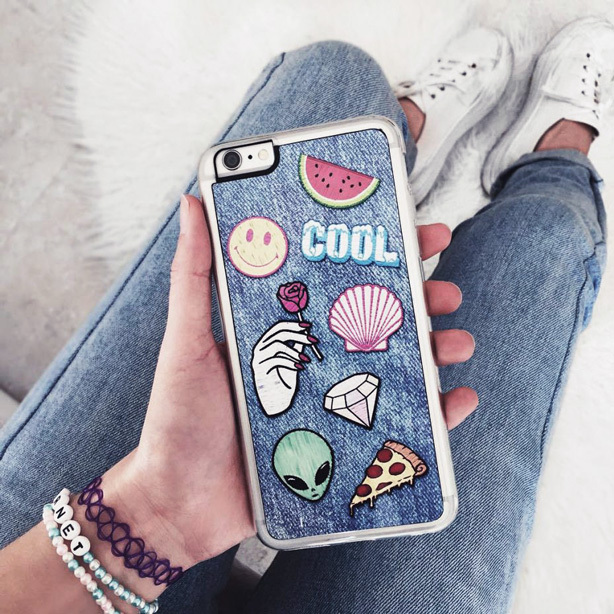 Match your smartphone cover with jeans with tattoos and patches. With the phone, your jeans could use a bracelet and white sneakers to complement the look! 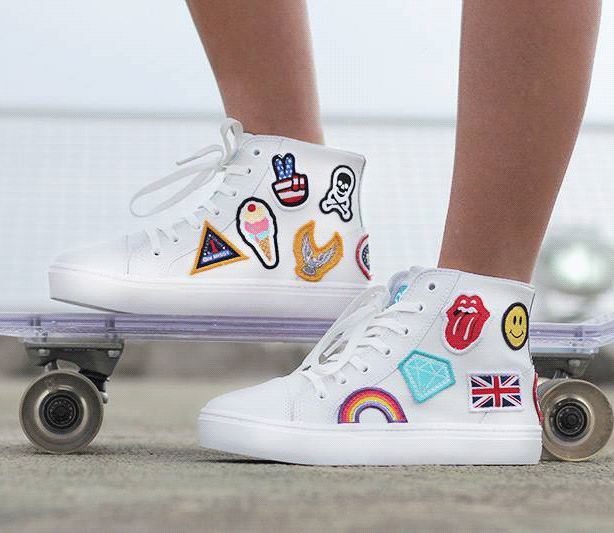 These plain white Chucks are too stale but with the patches, they look fresh and trendy altogether. Spice these sneakers with simple jeans and a white tee outfit.

One can apply patches without having to overdo it in terms of the rockers or the old school metal heads. You can go full tilt with the patches on your jeans and clothes, but make sure there is some imagination that retains the remainder of the outfit so that the icons and the patches acquire importance even to the untrained eye! 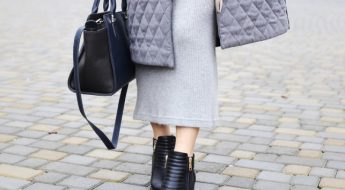 Effective Tips on How to Be a Fashionista 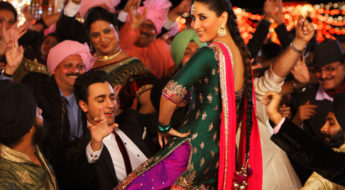 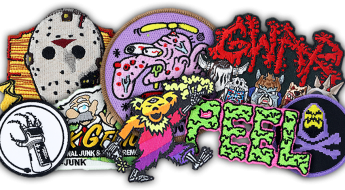